I know I’ve probably said it before but it needs to be repeated, Tsubame is a creep. How Evil is the fourth episode of  Uchi no Maid ga Uzasugiru!?

At last Misha gets to enjoy a day home alone. Yeah, that’s not gonna happen. Right when little Misha is celebrating her new found freedom, the demon maid shows up to ruin her day. Strangely enough, that wasn’t even the main focus, this time around. This time it was mostly about Misha’s homework assignment and her procrastination.  It’s not like we didn’t get creeper moments it’s just that they were tamer than usual.

Misha’s procrastination about the assignment was understandable it was one of those “where do you see yourself in the future?” things. I always found those hard too and, if I recall, I put those off ’til the last minute, just like Misha did. I even made a similar face when I realized that I had forgotten to do my homework. I’m sure my face wasn’t as cute as Misha’s though. 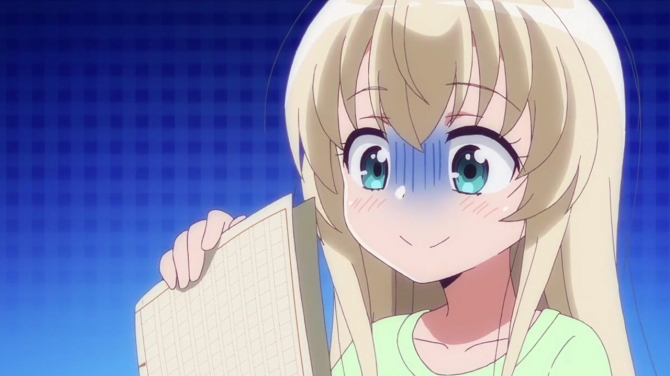 As I said, tame compared to what we’ve seen earlier. I do have to point out Tsubame proposing to Misha was just creepy. I mostly like her as a character but she’s such a creep. It was nice to see that her dad was in the military too. I’m guessing he was a pilot as well and that’s why she became one.

In part two, it’s all about Misha and Mimika – the girl Misha befriended, last time. Mimika asks to come over to her house. This is the first time Misha’s ever had someone ask to visit. As you can imagine, she was more than a little shocked. 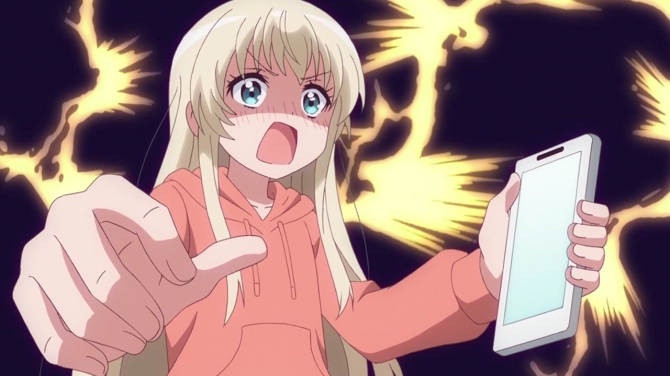 With Misha excited about having a friend coming over, she forgot about one little thing. Tsubame is at her house, waiting to attack. Misha remembers this as they reach the front door. Although Misha’s imagination is a little too dark. She imagined Tsubame killing Mimika in one of the scenarios she came up with.

As Misha tried to warn Mimika, the door to the house opened. It was then that Misha realized that she couldn’t fight fate. The pervy maid descended upon the young maidens and… yeah, nothing outlandish happened. When the door opened, Tsubame acted completely normal. I guess Hell froze over then. Everything remained that way until the end too.

Overall, I’d say this episode is about as Evil as a Villian (9). If action is more you’re thing check out my recaps for Akanesasu Shoujo.  Well, that’s all I have for you today. Thanks for letting me waste your time, people.

Uchi no Maid ga Uzasugiru! aka UzaMaid! is on Crunchyroll.