I guess good things aren’t the only things that must come to an end. How Evil is are the last two episodes of Hakyu Hoshin Engi?

So the bat guy is back from the dead, that is something that happened. Apparently, he has two souls or something stupid like that and then he creates a nice little box of death so Hiko and Bunchuu to have a nice little deathmatch. Hiko’s plan is to make Bunchuu see the error of his ways by beating some sense into his thick head and he does get a few hits on Bunchuu’s pretty face.

The thing is as soon as this fight started I knew Hiko was gonna die. Bunchuu is almost a god-like entity in this show. I mean he used a whip to destroy a black hole and the and army of beings like him. Hiko is a regular human granted he is a great fighter but fighting skill will only take you so far against a god. Sorry, I got a Little carried away but my point is a man doesn’t fight a god to win they do it to prove a point at least in this case that’s the reason. Hiko’s death moved Bunchuu just look at his maskless face. 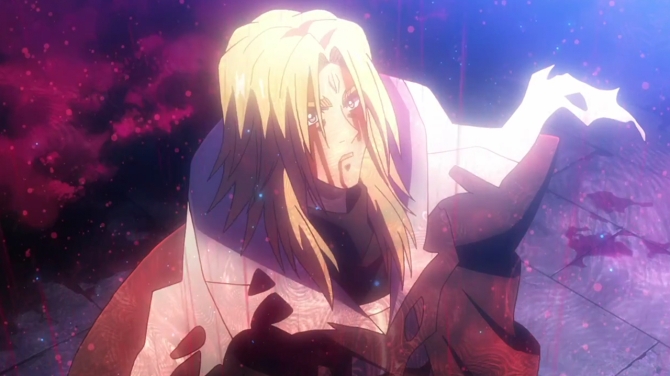 Hiko’s actions break Bunchuu’s spirit to the point of blankly staring into space as his friend’s spirit fly away.  I still think the whole spirit flying away and body vanishing thing is cool. It kind of reminds me of a videogame. But I’m getting off track again, moving on.

I need to talk about this next part a little bit. After Bunchuu’s best friend dies fighting him the bat guy feels the need to antagonize him. There is one problem with that… The last time someone antagonized Bunchuu he wiped out the strongest team on Taikoubou’s side. Yeah, I’m sure He’ll be fine. 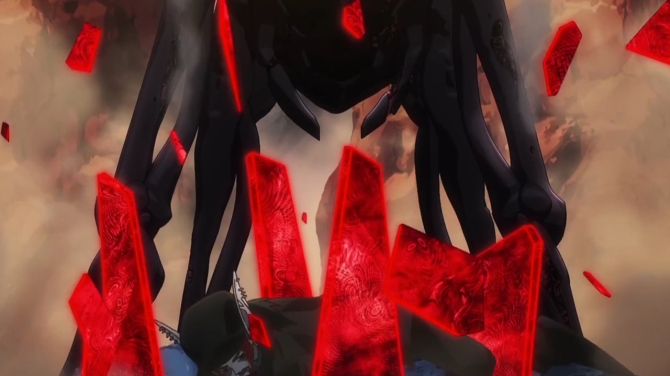 Or not… Not going to lie I love how Bunchuu’s real power is to break things by hitting them really hard with his god whip. It’s also one of the dumbest things in this show with its inconsistent usage. If it can kill gods, black holes, and other dimensions how in the world did a normal human block it with his arms?

Bunchuu and Taikoubou get their final battle and that was pretty cool until it devolved into a fistfight. Oh and spoilers, Taikoubou wins. He doesn’t even kill Bunchuu he lets Bunchuu do that himself. So the real final battle is Dakki VS Taikoubou right? Nope! Dakki becomes the spirit of the earth by somehow using the alien’s powers. It was the worst comp out I’ve seen in a long time. This means that all Taikoubou ended up doing was beating an already weakened opponent while Dakki got exactly what she wanted. Which means Taikoubou accomplished nothing his whole goal was to stop Dakki, but she won. Enjoy that sunset while it last, it’s time to rate this. 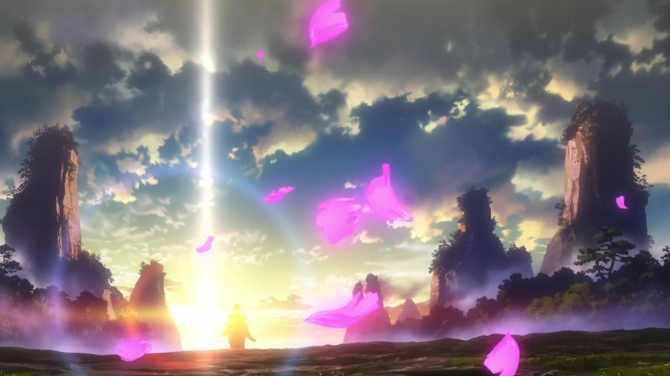 Overall I’d say these final episodes are about as Evil as a Career Criminal (3.) This ending sucks. I wanted to see Taikoubou face Dakki and put a stop to the alien’s plans but we didn’t get that at all. Don’t get me wrong, I think Dakki would betray just about anyone but Taikoubou is the hero here and all he managed to do was to beat up an injured man. In fact, the fight would’ve been much shorter he never switched to fighting with his fist. I just can’t forgive this lazy ending. If you want to follow another action series check out CVoyage’s reviews for My Hero Academia. Well, that’s all I have for you today. Thanks for letting me waste your time, people.

Hakyu Hoshin Engi is on Crunchyroll So if you want to suffer my fate check it out.