*cracks knuckles* All right. Time to play some catch-up!

I think it’s about time I just throw in the towel on this.

The Spring breeze has brought us so very… ‘different’ shows, this viewing season. And now it’s time to talk about ’em.

The Winter 2019 Anime Season came to an end for many shows, last week. And as we prep for those ending this week, we’ll see which shows earned the fondest […] 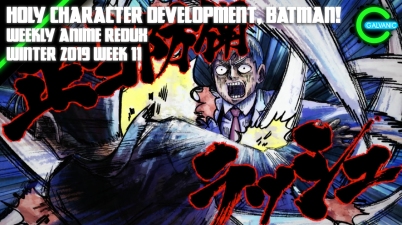 You know… if only every show could be animated to the level of last week’s Mob Psycho 100 or possess the storytelling chops of last week’s Date A Live.

Oh, hey, they’re not One-Line reviews, this time. Well… not all of them. Decided to try a bit of a mix. 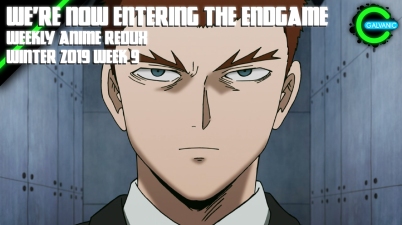 This season’s TKO is winding down and the end is in sight. Now for Mob to just clinch this W. 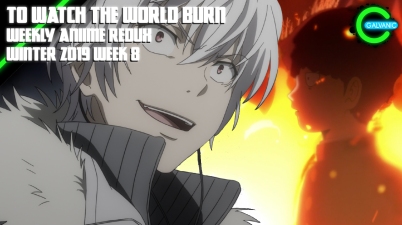 Time for another quick round of one-line impressions! Hooray for cumbersome external workloads!

Right. I’m really lagging behind on a looot of work, given my personal schedule at the moment. So I figured I’d try something new. Time for another Lightning Round, but […] 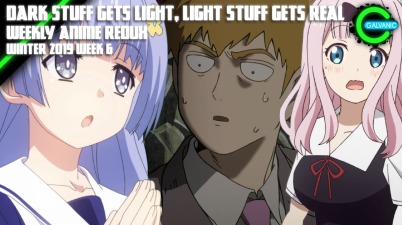 A Bit Behind, So Let’s Have Us Another Lightning Round! | Weekly Anime Redux

Right. So. Personal obligations and such have been a bit daunting, of late. I’ve been a bit on the busy side. So let’s make this one quick just to get […]

But to which heroes am I referring? Well, the answer may surprise you! If you’ve not been paying attention, anyway…

Three weeks in, and things are starting to get tense. For the most part, that is.