So many trailers, so little time. Join Riley as she talks new trailers for Dragon Ball Super: Broly, Godzilla: King of the Monsters, Venom, and more!

Is the DCEU getting Scrapped after Justice League?! – Bulletoon Mini

Riley’s on her own this week. What better time to talk about superheroes. A lot of buzz is going on around the DCEU, too. Stay Toon’d! 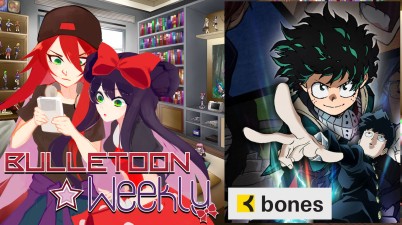 Rila and Riley are back to talk about Justice League's latest trailer, Nintendo switching it up, and BONES delivering a ton of new anime updates.