Rila and Riley talk DragonBall Xenoverse 2, Nintendo’s plans to enter the film business for themselves, and the announcement of a new volume of Hyouka… as well as say goodbye […]

Rila and Riley are back, and better than ever in the first fully voiced episode of Bulletoon Weekly! They’ll talk about Captain America: Civil War, the Overwatch Beta, the Pokemon […] 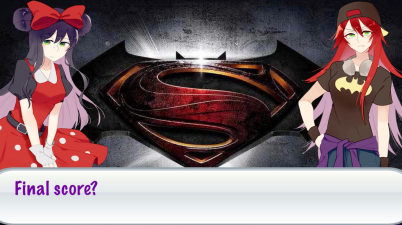 Rila and Riley give their thoughts on one of the most anticipated movies of the year.

In the final test episode of Bulletoon Weekly before the casting call closes, Rila and Riley discuss the Toonz Software, news from Netflix, updates on Batman, and more.

Rila and Riley return for their third episode as they talk about some interesting stuff and one trailer that just about broke the internet, the other day!

Rila and Riley deliver another glowing segment on news from the week of Feb 28 to March 5. There are some awesome trailers to chat about! Disney addresses the question […]

Rila and Riley kick off the show with Netflix’s Anime Endeavors, Pokemon’s 20th Anniversary, Casting Rumors about Samus Aran and Iron Fist, and some Indie Game buzz. All on Bulletoon Weekly!