What the heck did I just watch? 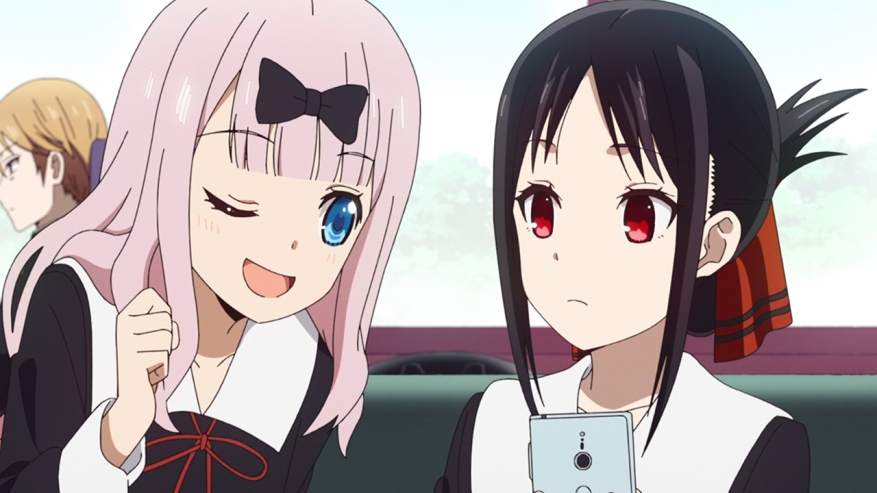 This episode was a thing. Talk about going crazy with an ending this was something special. It all began with photos for the school. Kaguya bowed out because of some clause that her family has that doesn’t let her appear in photos, while the others had to put on a show for the guy in charge of the school. That was hilarious all by itself. But the Council wasn’t happy that one of their members was left out so they opted to do a few private photos so Kaguya could join them. Kaguya was thrilled and was about to hand over her phone when she dropped it, off of the building they were on. She got a new one but al the photos she had on her flip phone were seemingly gone for good. That kind of broke her, she wasn’t herself for a bit until Miyuki created a group on a popular social media platform and the entire council shared the photos they had. I can’t really do it justice but it was beautiful.

The last part of the episode involved a game that Chika introduced the rest of them too. The game was simple, use a bike pump to inflate a balloon if it pops on you, you lose. It sounds like a nice normal game right? Well, Chika apparently got one of those really big balloons for the game. You know the ones that get bigger than a person. As they took turns inflating the thing tension just keeps ramping up. They got poor Miko to pump the balloon, like a hundred times trying to get it to pop on her. Of course, there was only one way this could go. When the balloon finally poped it took the school with it. 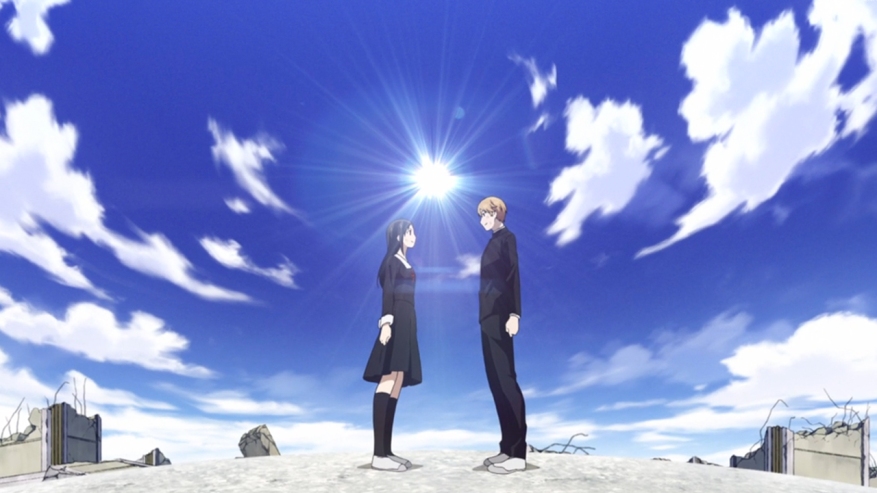 So yeah school’s out forever or something. This was an amazingly funny ending. I hope we get confirmation for a season 3 soon. That’s all I’ve got for you if you still feel like reading give Burning Sky a try. Until next time Keep It Classy.