The final battle heats up as two young Meisters fight to buy time for their ace to return to the fray. But will it mean anything?

Damn that was a good penultimate episode. No way they could possibly screw this up! 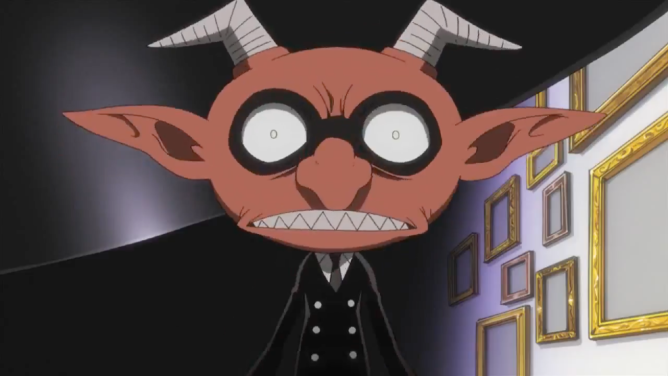 That look of dread and shock was just priceless. Mind you, I’m picking this because if I picked anything from the fight, I’d wind up with about 20 screen grabs from this one section. 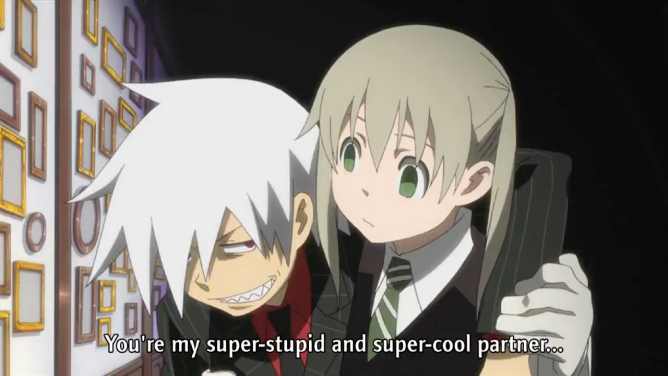 These two are just such a fun combo. A dork like Maka and a wannabe cool guy like Soul make for some surprisingly great character chemistry with more than a handful of sweet moments like this, sprinkled throughout. 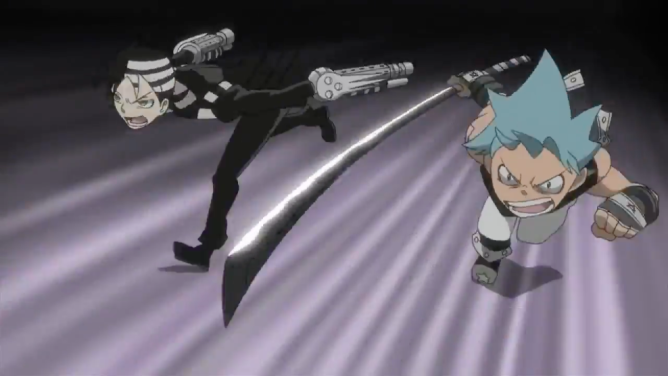 These idiots earned it. Damn did they put up a fight. And an awesome one, at that. Although Kid’s little super mode at the end seemed to come right the hell outta nowhere… which, alas, is a sign of things to come.

So what do you think of Black☆Star and Death the Kid’s epic final stand? Let me know, down below. Just one episode to go! Catch ya next time. Keep up the Awesome!