Medusa’s plot begins to unfold, even as she’s revealed to not quite be as in-control as she seems.

It’s one of the first shots in the episode. But I absolutely love this. Having Soul in his perpetual nonchalance in the background just makes Maka’s unbridled fury towards Medusa for her abuse of Crona that much more apparent. It’s just great to see how angry Maka gets on behalf of others – especially those she cares for. 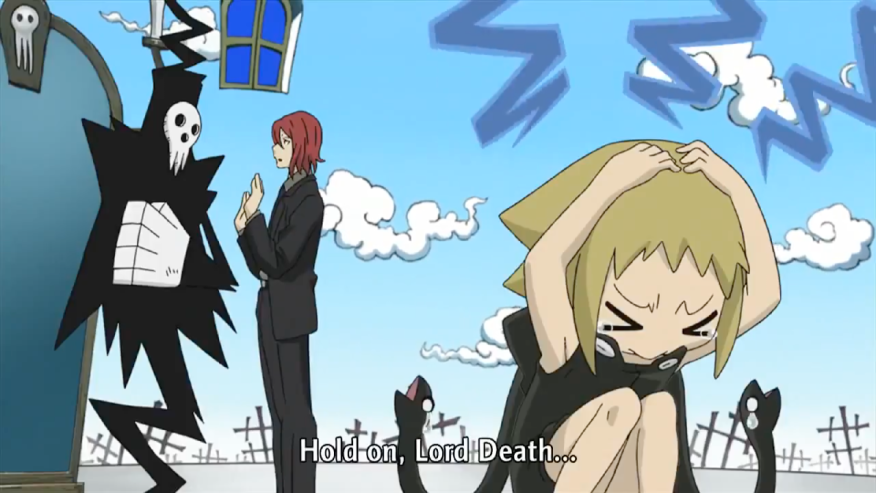 …She deserved it. But, in reality, I actually rather like this whole scene as it shows a bit of a chink in the armor, where it comes to Medusa. She’s not this impenetrable schemer. Even she isn’t always in total control and these scenes where things fall out of her rhythm sort of humanize her in a way. I appreciate the series being able to throw in some comedy at the villain’s expense, like this.

She’s one of those villains who’s really entertaining. You despise her but want more of her. Those are hard to pull off. But she works. She’s clever, funny, confident, a troll, the list of qualities that make her so effective stretches on for quite a ways.

Which villain is your favorite in Soul Eater? Let me know, down below. Catch ya next time. Keep up the Awesome!