Ry: What? Someone kidnap your cat and sell him to the highest bidder?

EvilBob: What? No! You know exactly what happened. Let’s just get this started before I lose it. 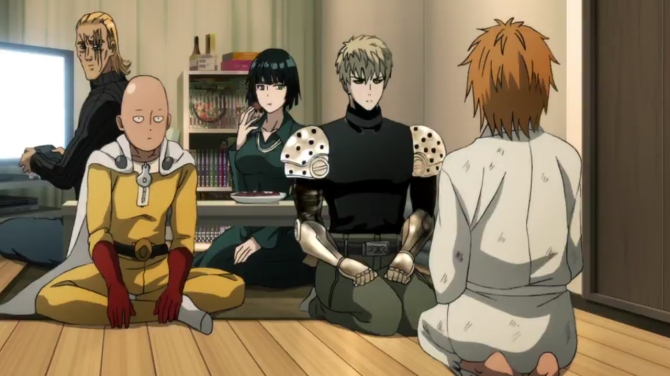 EvilBob: Saitama sure knows how to make friends without trying. I wish it was that easy in real life.

EvilBob: N-no shut up! I’m just pointing out that for a lesser known hero, he makes friends fast. Anyway, I’m really starting to like Garou. He’s powerful enough to beat up S-Class heroes to a bloody pulp… but he’s still nice to children!

Ry: He also seems to hold back a lot unless he has to actually use the moves he was trained to. He says it’s because he doesn’t like to use them but I think there’s more to it.

EvilBob: Maybe. His dislike seems to stem from his hatred of his master. But I don’t entirely buy it, even with that as an excuse. He comes across as the type that has to prove himself. Maybe this hero-hunting thing is just an excuse to fight the strongest?

Ry: Or maybe just more fodder for a certain hero.

EvilBob: Whoever are you talking about? It’s not like there’s one consistent running gag in this show. 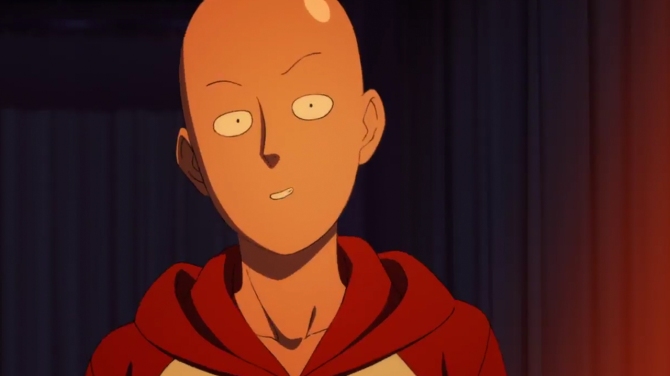 EvilBob: This show is still hilarious and cute. And we’re getting a little more of Kyou’s backstory. Apparently, his resentment comes from the way he’s been treated ever since he was a kid.

Ry: The gist of this being that, basically, “rats are special, cats are cursed.” According to this show, anyway.

EvilBob: Kind of a horrible thing for a child to experience. They treated him like dirt because of the year he was born. At least Tohru doesn’t treat him that way. She wants him to be accepted as part of the family.

Ry: Despite them basically being in the same situation, where if a person of the opposite sex touches them, they turn into animals. They still seem to be at one another’s throats.

EvilBob: It’s hilarious to watch. But they do seem to be slightly jealous of each other.

Ry: Maybe just a little. I just hope they’ll eventually try to understand each other, instead of constantly fighting.

EvilBob: I gotta say, I’m jealous. Yuki’s luck with the opposite sex is just unfair.

Ry: Is it luck, though, if he can never let one touch him? Or is it more like a curse?

EvilBob: It’s unfair in two ways, then. He can’t really act on any feelings he has, due to the curse. And Kyou doesn’t seem to have that luck either.

Ry: Yeah, but he seems to make friends, or rivals, very easy. Like that one gangster chick who he was ultimately defeated by.

EvilBob: That was funny. And then we have the appearance of this strange person.

Ry: Yeah, this stranger, apparently from some other country, kisses Tohru, leaving her so shocked, she runs away. .

EvilBob: This was a lot of fun. I didn’t have a hard time enjoying this one. In fact, I’d say it’s about as Evil as a Super Villain! (10). 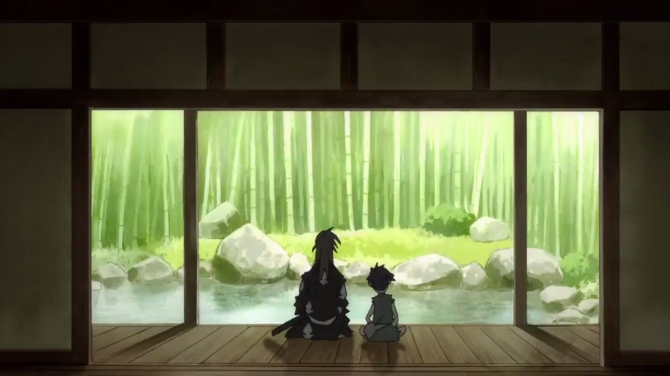 EvilBob: And we’re back to the perfectly ordinary village with no problems at all.

Ry: Yeah. Even with a giant moth monster and a lord who will do anything. There’s nothing wrong with the village.

EvilBob: Right? The villagers are all so happy and helpful. What could possibly be wrong here? 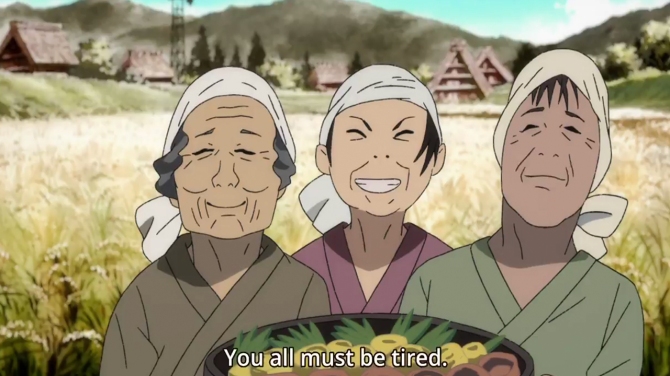 Ry: The fact that they mentioned that the land is in poverty and yet it doesn’t seem to be. Seems to point that something’s off.

EvilBob: Aside from the demon attack, last episode, this town seems perfect. Too perfect. Everything about the situation just screams danger to me.

Ry: Until we talk about the children and the priestess that were sacrificed to make it such a nice place for them to live. And the sacrifice of the many visitors after that. 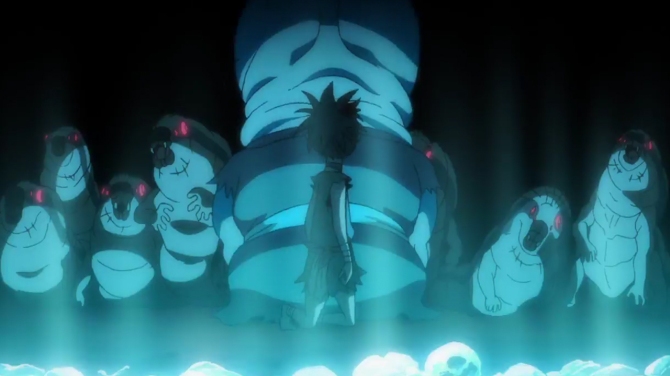 EvilBob: I was constantly telling Dororo not to be stupid and go into that warehouse, but did she listen to me? Nooo. She just had to go in anyway.

Ry: Then she gets thrown into a trap door, by the friendly villager, to be food for the baby moth larva.

EvilBob: See? See?! That’s what you get for not listening, Dororo! I’m just glad the ghost baby thing from before showed up to save her.

Ry: The identity of the ghost turns out to be the children that were killed at the temple. They save Dororo and lead her to Hyakkimaru. 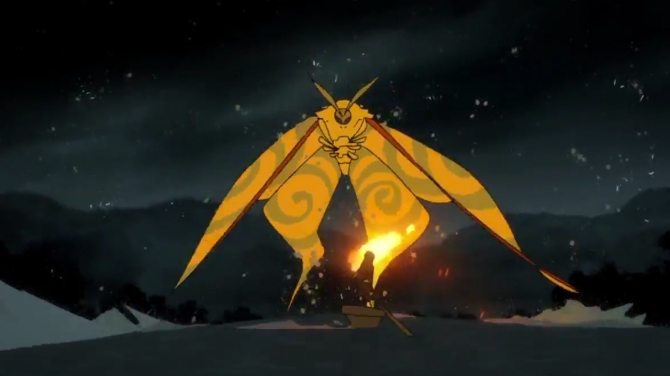 EvilBob: And that final battle with the moth… That was over fast.

Ry: If you can call that a final battle. It was so quick it was like it didn’t even happen.

EvilBob: Even with that last fight being short this episode was enjoyable. I’d say it’s about as Evil as a Super Villian! (10).

EvilBob: Well, looks like the team has suffered its first death. Unless we count Bucciarati’s death and… resurrection? Honestly, I was expecting this to happen a lot sooner than this. But I was also expecting Narancia to bite it first, so what do I know?

Ry: Yeah, I was personally thinking there would be a lot more deaths by now and Abbacchio was not the one I thought would die first.

EvilBob: And then there’s the boss. Who ended up getting himself beat up pretty bad. To the point where any one of Bucciarati’s guys would have taken him easily because of the lack of iron in his blood.

Ry: He was freaked out and trying his best to hide. He also had to recover from the loss of all the iron while trying to hide.

EvilBob: And then he did that the thing all JoJo’s enemies do and pull some game-changing ability out of their butts to escape.

Ry: He apparently captured a kid, gagged him, drank his blood, then disguised himself as the kid to get close to his target, Abbacchio.

EvilBob: Yeah, but that punch had excellent form.

Ry: Punched right through him.

EvilBob: Not going to lie, that death hurt a little. Abbacchio was cool and I liked him as a character. Even with the death, this episode was about as Evil as a Super Villian! (10). 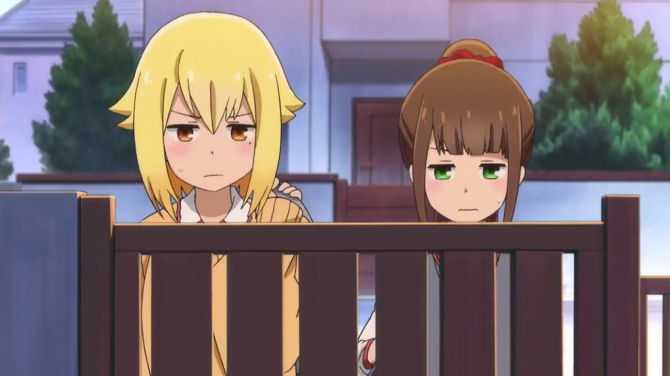 EvilBob: This one was a tough one but I thoroughly enjoyed this episode. Bocchi is freaking adorable.

Ry: Also very insecure about things. I mean look at her adorable freakouts.

EvilBob: Yeah, I’m hoping she grows out of that. She doesn’t seem to be getting any better yet.

Ry: I think she will, in time. Her friends look like they’ll help her grow a bit.

EvilBob: I’m looking forward to seeing what’s going to happen next, this season. I mean, we just got our first permadeath in Golden Wind. Which means crap’s about to start getting real.

Ry: Speaking of JoJo, did we forget something?

EvilBob: Wait… Crap! We did. Ah ahem. Sorry folks that special article is happening sometime next month now. We sorta got distracted by life and work and stuff and had to channel our inner selves just to get through it.

Ry: He means we forgot cause we got too busy.

EvilBob: That’s… what I just said. Anyway, rest assured we’ll get that done this month, as long as life stays out of the way. Well, thanks for letting us waste your time people. And don’t forget to check out what Voyager’s been up to. And Keep It Classy.