Episode 8 started with a briefing for a mission whose completion will save the world from a great disaster. There are a few things weird with this mission though. Do you remember the island that they trained on? Well turns out that was a giant dragon and they woke it up while they were there. So now Hisone and the rest of the D-Pilots have to undergo some more hellish training so they can stay in the air for three whole days.

The secret for them to pass the training is to fully embrace their dragons and to trust them to fly while the pilots themselves sleep in the bellies of their beast. That’s right sleeping while flying is being encouraged in this show. And by the time the piots do finally trust their dragons enough to sleep they really do need it. 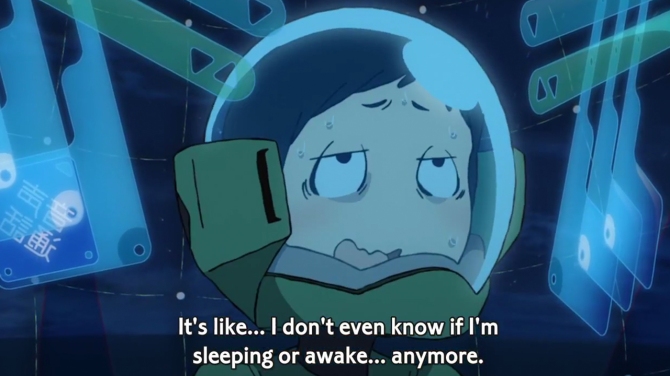 At the end of the episode, we get to witness the arrival of some shrine maidens who are here to help with the important mission. One of them really likes the guy that Hisone has become friends with. But that doesn’t become a problem until episode 9. The shrine maiden follows Hisone around and pesters her about almost everything for the first few minutes of the episode.

Hisone tries to make friends but all of her attempts get thrown back into her face because of the boy they both like. Hisone doesn’t know why this girl is the way she is until the shrine maiden confronts her directly about her relationship with the guy. Hisone describes in detail why she likes the guy only for the shrine maiden to reveal that those are feelings of love. Everything begins to click for Hisone after that.

The mean girl is also developing feelings but it wasn’t as funny as Hisone’s reaction to the whole thing. With all the love in the air Hisone is spacing out when she goes to get in her dragon and the mean girl isn’t doing much better than her. When they try to get their dragons to fly something bad happens.

The two dragons go berserk and spit out their pilots sending them crashing to the ground. To make matters even worse it is explained that their dragons tried to eat both of them and that their feelings of love are what caused the whole mess. Well, I guess we know why they aren’t allowed to get romantically involved now. 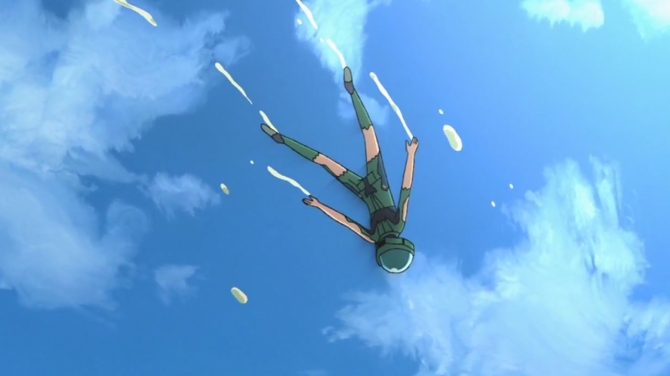 Overall I’d say these episodes are about as Evil as a Villain (9). I’m wondering if there is a way for them to still pilot their dragons. I know Hisone has a replacement but she doesn’t have as much experience. If you’re looking for something else check out CVoyage’s reviews for Toji No Miko. Well, that’s all I have for you today. Thanks for letting me waste your time, people.