We get to see  Kaneki’s normal life and he gets reunited with an old friend.  How Evil are the seventh and eighth episodes of Tokyo Ghoul:re?

We finally saw the end of the whole auction operation. It seems like the Doves pulled out a victory but they lost a lot of people so I’m not sure I’d call it a complete victory. Kaneki’s merry band of misfits all got promotions along with the investigator in charge of them.

Then we got them celebrating the completion of their mission. This episode was pretty much a cooldown with little to no action in it. Kaneki did get a package containing his old mask and a book by his favorite author. It seems like someone can’t wait for him to go back to normal. Kaneki even had a flashback of the old man that helped him. 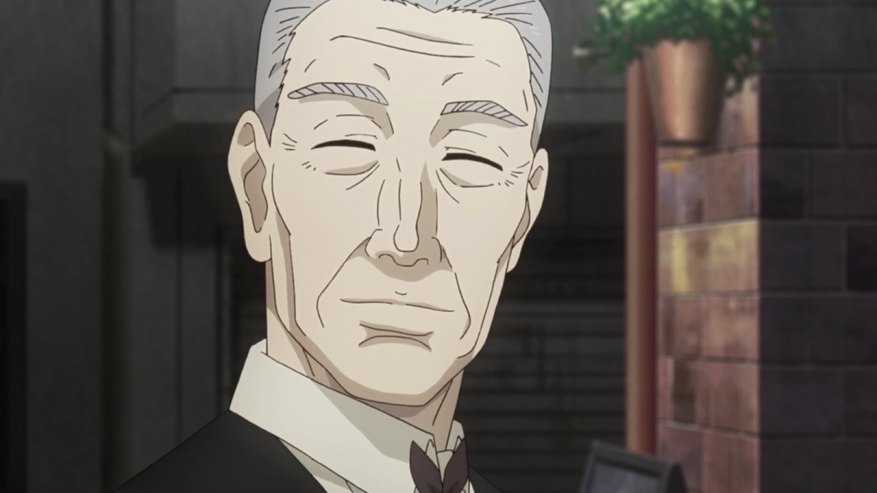 Episode 8, however, was not a cooldown. You see, Shuu Tsukiyama’s men have been abducting people to feed to him and the Doves have now caught on to it. The Doves lay a surprisingly effective trap and manage to catch a group of Tsukiyama’s minions off guard. In all honesty that sounds completely normal, given the history of the Doves and ghouls.

But there was a new character that took center stage in the trap. She looks sleepy and she’s strangely friendly to Quinx Squad. Her name is Ihei Hairu and she is a higher rank than most of the squad. She almost singlehandedly took down three ghouls, all while wearing this expression. 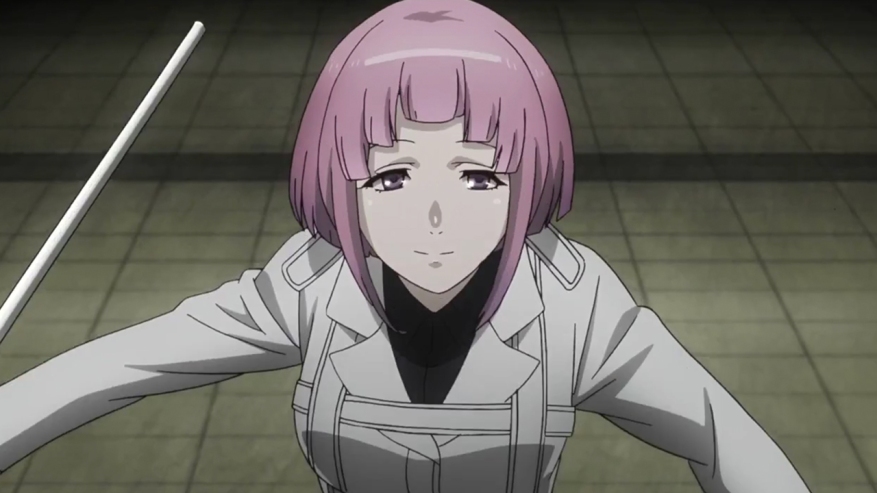 Now I know I’m going out of order here but I need to bring up Shuu’s condition. What the heck happened to him? Apparently, his own powers are killing him now? How does that even work? His men have to keep sedating him to keep him under control and they’re all still loyal to him. If all of this is because of Kaneki, he should really find a hobby.

And that brings me to the next part. Someone thought it was a good idea to bring Shuu a picture of Kaneki as a dove. I’m pretty sure this isn’t going to end well. Not only does he know for sure that Kaneki is alive now but he’s just unhinged enough that he might think it’s a good idea to visit him. I mean, just look at his reaction to seeing the picture. 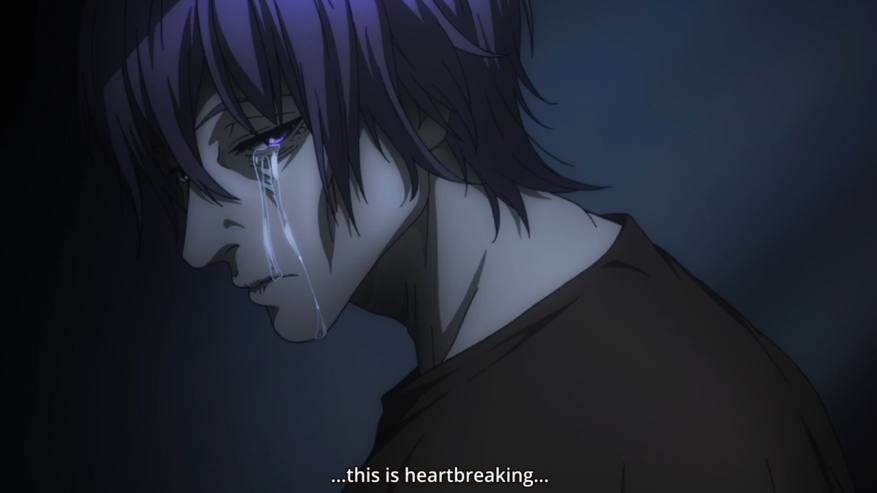 Overall these episodes were about as Evil as a Killer Robot Army (8). While I don’t think Shuu’s condition matches what has already been established everything else seemed fine. At least nothing is as bad a season two, yet. If you’re just not that into Kaneki’s amnesiac adventures check out CVoyage’s reviews for Wotaku ni Koi wa Muzukashii. It’s a pretty enjoyable show so far. Well, that’s all I have for you today. Thanks for letting me waste your time, people.