Okay, things seem to be ramping up, but to what? How Evil are the fourth and fifth episodes of Butlers: Chitose Momotose Monogatari?

I may have mislabeled the last recap of this series, just a little. Anyway, we got two battles from these two episodes but only one of them was a violent fight. I’ll talk about that later. For now, let’s get on with it. Jay and his cohorts are still trying to run the festival that they’re in charge of. Everything seems to be going smoothly until Jay spots Hayakawa working in the cafe’s food truck.

This is when Jay’s friends set him and Hayakawa up to duke it out in a pretty hilariously smooth way. They go all-out to see who’s the better butler and not the fighting kind, either. Both of them had to turn up the charm and serve customers as a crowd of onlookers voted for their favorite butler. And then She came in… 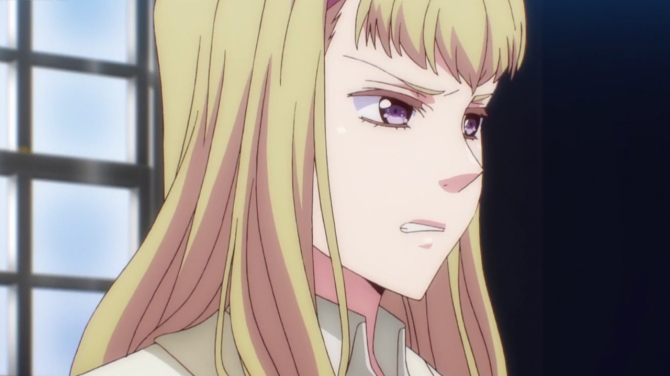 Remember the girl Jay rejected in the first episode? She’s back for revenge apparently. I just gotta say this girl is petty as she is cute. She tasks Jay with impossible tasks like picking fresh grapes when there aren’t any close enough for him to retrieve. Luckily Jay’s friends have his back. One of them calls his rich dad and has grapes delivered to the event by drone. Jay defeated this lady by using his smooth moves and his words. He also tried to save her life so I doubt we’ll be seeing her doing this again.

No one actually wins that battle, but Jay does retrieve his sisters necklace from Hayakawa. The way he did that was a bit, illegal. He trashed the cafe that Hayakawa works at, just to find his sister’s necklace and he didn’t even find it’s hiding place until Hayakawa and the owner got back from a delivery that Jay set up. That’s pretty low. It also leads up to the reveal of the greenhouse guy being a butler. The fight was pretty much over as soon as Jay got serious. 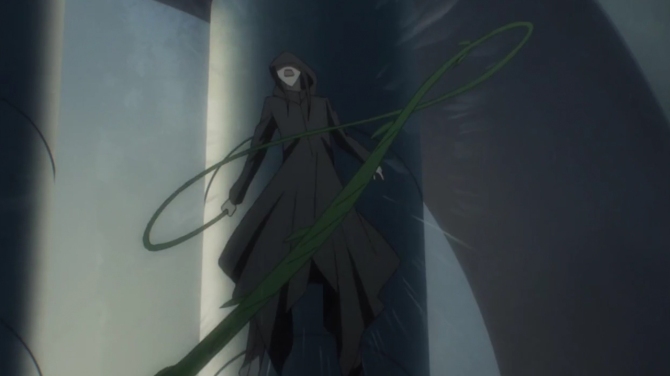 During the brief battle, Jay punches the vine using butler into the pillar of the mansion, causing it to crumble onto one of Jay’s friends. Now it’s unclear if the guy is going to make it as we’ve not heard how bad his injuries are yet. My guess is this might be a reason for the time travel element to come in and stop this from happening. I only assume this because going back a hundred years is going to take practice and what better way to test that ability than to save someone who’s innocent?

Speculation aside, I hope this isn’t our first death. That would make Jay the killer of one of his own friends and while he’s a jerk, I don’t think it would be a good idea to add killer to his list of failings. I have to point out that Jay’s the only one so far acting like an idiot. Hayakawa’s done nothing to really hurt the guy and Jay’s hatred of him doesn’t make sense.

Overall I’d say these episodes were about as Evil as a Killer Robot Army (8). It doesn’t make a whole lot of sense but I’m still enjoying it. If you want something that makes sense check out our reviews for Cardcaptor Sakura: Clear Card. It’s not subtle but it does make sense, most of the time.

Butlers: Chitose Momotose Monogatari is Simulcast on Crunchyroll, Wednesdays at 2:00pm EST. Well, that’s all I have for you today. Thanks for letting me waste your time, people.