Well, It’s finally time to talk about this thing. How Evil is Gin no Guardian’s first season?

I have to be honest, this show is a mess. It’s not completely unwatchable, but watching it can be a chore. It started out doing that whole glimpse of the future thing that I absolutely hate. Dagashi Kashi 2 did it for comedy and it worked for that show. It doesn’t work for this show at all. It was cool seeing Suigin with all of the power he will get in the future, but you need to make the ending of the season better than it’s first five minutes to make the whole thing feel worth it.

More on the ending later. After the peek at the future is when we really meet Suigin for the first time. For the most part, he’s kind of a dork. He has so many part-time jobs that he is failing school because he’s so tired. There is one perk to it though, afterward, he can relax and play his favorite video game. That is until this world’s version of EA shuts it down for a game that is purely paid to win. I guess EA exist in their world too. Heartbroken he goes online for one last adventure with his love interest only to watch her and the world he loved be destroyed by this thing. So, far there’s no explanation as to what this thing is. 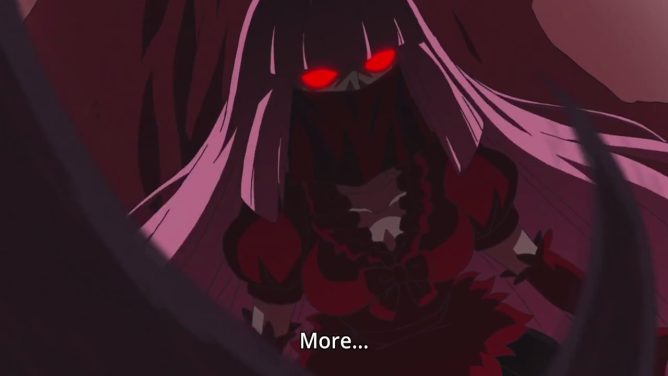 Sounds bad right? Don’t worry there’s a silver lining. He meets his love interest in real life. Her name is Rei. Right after the two meet face to face, Rei’s dad gets assassinated. Hey, I didn’t say the silver lining would last long. And this is where things get weird. Rei’s father is Suigin’s grandfather, but wait there’s more. Rei is adopted, her parents were killed by an evil organization bent on stealing the powers of a sleeping goddess. Suigin’s grandfather was a Guardian. Guardians protect the tomb of the goddess from people who want to steal the goddesses power so, tomb raiders.

Their little war is being carried out over Suigin’s grandfather’s last game. It’s all very weird. Rei gets kidnaped twice in the first season, once by some debt collectors and once by another shadowy organization bent on… What are they even after? The kidnapping prompts Suigin into action only for him to be thrown into the game without any idea of what he’s doing. That’s where this team of losers comes in. 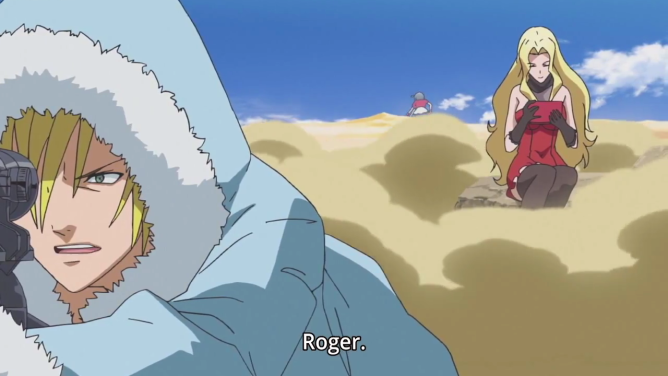 No, I’m not going to call them by their names. In the first season, all they do is get their butts kicked. Anyway, Suigin gets told everything by his dead grandfather once he arrives in the game world. He also gets a familiar named Twin Star. And then he ends up piloting a Megazord against the three losses. They somehow manage to disable it pretty easily I might add. Their victory is short lived once Suigin unlocks his powers. They don’t even explain how he did it either. It could be worse I guess, his powers could’ve been sealed inside of someone else who was conveniently connected to him the whole time and he takes them back without knowing about them because that makes a lot of sense. But yeah he pretty much one-shots each member, one by one. Without any training.

He sounds awesome, right? Suigin doesn’t stay that awesome though. He gets thrown into a tournament against his will and his powers get halved. He took out three people so he even halved he should be fine right? Wrong! He gets frozen after giving an “I got this” speech to another useless character. In the end, Twin Star wins the fight for him. And that is how they decided to end this first season. Oh, and sometime during all this Rei joined her kidnaper’s organization for some reason. Overall I’d say this season was about as Evil as a Henchman (4). There is a lot of fun to be had, but it is so incompetent about it’s everything that it weighs down the fun. If you want more from Gin no Guardian, I’ll be covering the second season sometime today. Well, that’s all I have for you now. Thanks for letting me waste your time, people. 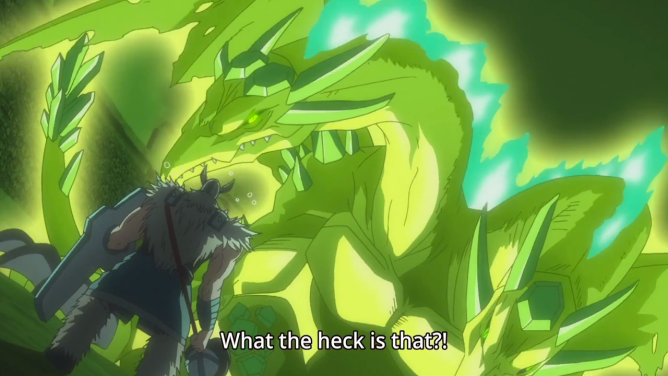