The Colors are at it again. How Evil is Mitsuboshi Colors episode 5?

This episode took a slightly different approach, it seemed to follow in the last episode’s example and took up most of its time with the girls doing one thing. Last time it was the parade and festival they had been preparing for in the first few episodes. I’ll go into more detail later.

The episode starts off with the girls playing with toys given to them by the old man. That was pretty much all they did for the first part of the episode, so there isn’t much for me to actually talk about. I mean yes it’s funny, cute, and all that noise, but not worth talking about. The second part of the episode was a lot more noteworthy. It started with Sacchan reading a sad book. Yui to reading the book and well look at the picture. 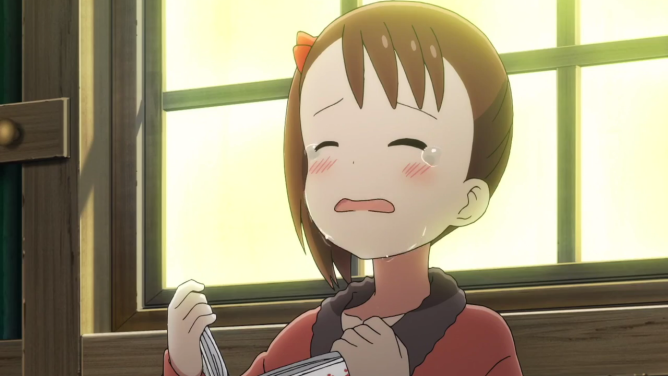 Kotoha decides she wants to read the book too, the result is the same as the others. I don’t know why she felt the need to do that to herself. The book was about something that happened during a war. The animals pins were damaged so all the animals had to be put down with poisoned food.

The elephants smelled the poison and refused to eat the food. The elephants starved to death in the story, while performing the tricks that awarded them food in the past. How’s that even a kids book? Anyway, The girls become convinced that they must save the animals at the local zoo. Don’t worry, they don’t try to free them or anything like that. 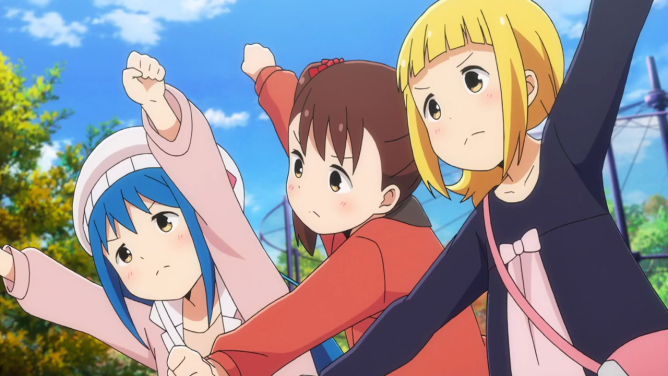 When they arrive at the zoo they discover they can get in for free. This leads the girls to believe that the animals inside aren’t getting enough food. That’s a bit of a jump, even for them. Things only get worse when they visit the tiger exhibit. Kotoha notices the tiger is gnawing on a large bone and tells the others it has to be the old man. Yes, she jumps directly to human sacrifice. It’s similar to the time they thought about destroying mankind.

The girls decide to explore more and they do eventually find out the animals are fine. They then locate the elephants to make sure they’re okay as well. They find the elephants near the entrance of the zoo. How did they miss them before? Sacchan throws them an apple even though that isn’t allowed. Yay, they still break the rules. 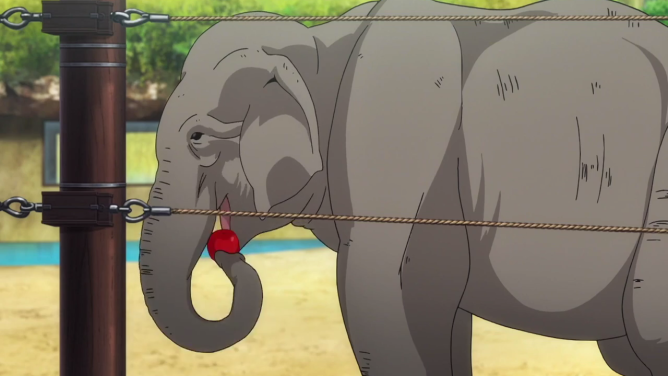 That was everything for this episode. Overall I would say this episode was about as Evil as a Killer Robot Army (8). Even though there wasn’t much to this episode it was still pretty enjoyable. If you want something that’s got a little more meat to it check out CVoyage’s reviews for Toji no Miko. it’s a bit slow with its pacing but it’s keeping his attention at least. Well, that’s all I have for you today. Thanks for letting me waste your time, people.

2 thoughts on “Mitsuboshi Colors – Episode 5 Recap (Is It Evil?)”