Well, we all knew it would happen, but wow that’s a lot of Megaman.

So Capcom is bringing X and Mega Man back in a big way. The Mega Man X series is getting a release for all the current consoles, including the Switch. I know that some of the X games were just terrible, but with this re-release comes speculation there may be more X in the future. Yes, I know it’s not likely. Just let me dream. If they ever did make a new X game, I would be all in as long as it’s good. We will find out more about this sometime in 2018.

Another big thing is that we’re finally going to see the Mega Man Legacy Collection come to the Switch as well. Yes, all 10 games will be available for the Switch. It’s almost like Mega Man is returning home. Maybe they won’t release that awful looking animated series now? Yeah, I know they will anyway. I hope the show does well, but after reading the description it sounds like a mess. Oddly enough, they said we would get more details later this year. So in three weeks, this will be a thing? Or when will we get the date then? 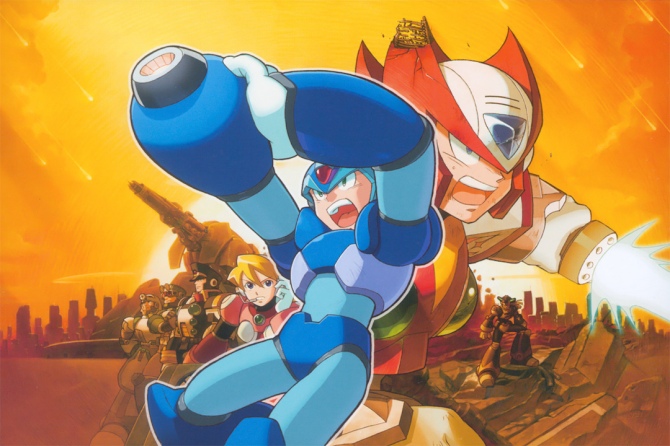 Among all the remake news there was hidden a glimmer of hope. Megaman 11. Yes, you heard that right. The original Mega Man is still very much alive. It has updated art that looks more in line with Mega Man 8 than the original NES art, which looks fine. We really only got a trailer so we don’t know anything about its story besides he’s probably fighting Wily.

I wonder if they will ever make it transition into the X series at any point. There are still so many unanswered questions about what happened to the original Mega Man before X came along. They don’t need to do that, though. I’m perfectly happy with more original Mega Man games. But it would be nice to see how Mega’s world changes into X’s.  We’ll know more as we progress through 2018. It’s said to release much later in the year.  Let’s just hope they learn from the mistakes of other developers when it comes to add-on content.

Well, that’s all I have for you today. Thanks for letting me waste your time, people.