Aaand there are already tons of people triggered by the combination of the featured image and title. Simmer down, lads and lassies. I’m on your side. The Delta Episode… is amazing. It is easily one of the single greatest stories told in any Pokemon game. So… what’s the problem? I’m glad you asked. Let’s delve into my all time favorite series (not kidding) and dissect just what I’ve identified to be perhaps its greatest weakness… or at least one of them. What, exactly, is Pokemon’s problem with its Post-Game segments?

Well, for starters, it didn’t really have them until Gen 6. Sure, there’s been post-game content since Gen 2, but Gen 6 was the really the first time it decided to use that post-game content to do something… more. Gen 2 easily set the trend for Pokemon games and their post-game material. Getting to revisit Kanto (or visit it, if you really had somehow never been there before in your gaming career), getting to take on the region where it all began, even getting to battle it out with the character you saw through to the end point of that adventure! That was just brilliant. And even without a plot or anything of the sort, the post-game content of Gen 2 remains my favorite, purely based on the nostalgia card.

What did we get in Gen 3? The Battle Frontier. Well, technically we got the Battle Tower, and then the Battle Frontier. And that’s where a new trend started. You battle in all these facilities, each with unique rules and styles of play that make it more challenging (though some were arguably really tilted against those who had no interest in playing the game competitively). What do you get in return? Beating all the Kanto gyms in Gen 2 gave you the chance to not only take on a more powerful Pokemon League, but also Red, himself. Gen 3 would surely have to offer you something amazing, right?

Ya fight through the occasionally stupidly unfair Battle Facilities aaand you get literally nothing except the opportunity to go through them again, just for a gold emblem, this time, instead of silver. And you don’t even need to beat them all in order to do that. You can do it individually. There’s literally no reward for putting yourself through that. The Pokemon League gets no stronger, no matter how many times you beat them. There’s not even a mention of Kanto or Johto… at all. The Gen 1 remakes gave us some solace in giving us new islands to explore and some Johto Pokemon to catch, but… that was about it. Still nothing really new, other than adding an obligatory Battle Tower on Seven Island. Oh and you can get starter Pokemon from earlier regions by completing certain tasks in Emerald, I guess. But… still not really a huge incentive unless your endgame is legitimately just to have a Bulbasaur or Charizard or something on your team. Which is awesome, but… not a very exciting final goal is what I’m getting at.

In fact, to my knowledge the internet largely agrees that Gen 4 was just… just a complete step back from Emerald. It certainly did some things well, but was overall disappointing by comparison. They basically just played the same song as before. A new Battle Frontier, and all the same limitations applied. It was notably easier in some respects, but then again the game was overall easier thanks to a few gameplay and mechanical changes made to the series as a whole, by that point. So that’s really only a small victory. You still didn’t get anything from completing the Battle Frontier, other than the honor of battling them at “full power.” Sure, there was plenty of other stuff to DO, but how much of it was even worth doing?

Notice a pattern, yet? At least this generation didn’t have the Battle Frontier? But they did still basically have Battle Facilities. The Battle Subway, the Pokemon World Tournament, these things were still there. Really, though, all that did was further limit the post-game content. So what’s left? Well… there’s the ability to transfer Pokemon. Which is, for some inexplicable reason, locked behind completion of the game. Oh. And there’s the Black City or White Forest. The nearest thing to a “goal” in those is the ability to battle Alder’s son. But… that’s pretty much all she wrote. They also skipped the remake stage, that generation, so… yeah. 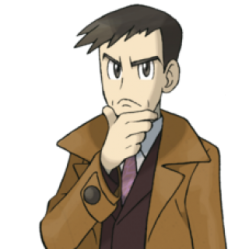 Gen 6 is it, right? It’s gotta be better. Well… yeah, actually. It is. In fact, not only did they pull that off once, they did it twice… in one generation. Gen 6 brought us our first taste of Pokemon series post-game story. I am, of course, talking about the Looker Quests. And that was appreciated. Because the main arc of X & Y was godly levels of lame. But we won’t get into that. Not here. Some other time. The Looker Quests introduced an actual narrative to the post-game content, and it was surprisingly charming and featured actual character advancement. It was short, sweet, quirky, and never played too seriously. But screw the Looker Quests. I’m here to talk about the Pokemon: Omega Ruby/Alpha Sapphire near masterpiece that is the Delta Episode. Oh. My. God, the Delta Episode is awesome, and there are a few reasons for that. For starters, it’s teased throughout the main campaign several times. So it doesn’t feel tacked on. It actually feels as though it should be there. X & Y, while not teasing the Looker Quests, did good by at least using elements from the primary campaign in the Looker Quests.

But back to Delta Episode. Can we talk about Zinnia? Please? Because I feel like there’s a lot to her that people just flat out miss. Zinnia was, for a long time, pretty much the most realized genuine character in Pokemon. You don’t have to go hunt down information on her by exploring the game, like you did with various other characters in that past (which wouldn’t be so bad if the information you got wasn’t always so hugely disappointing or inconsequential… Cyrus). However, I don’t mean that to say her story is just plainly told. Or is it? Zinnia is a nomad with a very… we’ll say quirky personality. And despite the fact that she speaks very plainly, most of the time, it’s when she isn’t saying something serious that you should pay attention. That’s pretty much where her story’s told. It’s more or less all subtext. You start to break down her past very quickly once you dissect her lines, and even the most basic thing in the world – her Whismur’s nickname. “Aster” seems like an oddly specific nickname, does it not? And… why does she refer to Aster as her-… oh… OH. Well that got dark, fast. This is actually the reason I think they chose to wait until Gen 6 to tell this story. Frankly… sprites just weren’t gonna cut it. To tell this story, they needed models, and they needed models that had a greater range of facial expression.

Then we get into other aspects of the Delta Episode, which I can dissect for ages and never get tired of. I love it that much. To what seems to be most of the internet, Zinnia’s motivations seem cryptic at best. But are they? She says it, plain as day. If you send the meteor somewhere else, it might hit someone else. Sure she wants to get rid of the meteor, but she wants to do it right. She wants to destroy the problem, not just try to avoid it. She’s an acting heroine for two worlds. If you closely follow the Pokemon Multiverse theory (MatPat of Game Theory did an episode on it, for example), then it becomes very apparent what’s happening. Zinnia mentions a potential reality where Mega Evolution may not have ever come to pass, and thus in that reality the world would have no means of defending itself against the meteor. By sending the meteor into another reality to save their world, they’d potentially be dooming another. Zinnia is literally talking about the previous iterations of all these games that were remade – Red, Blue, Green, Yellow, Gold, Silver, Crystal, Ruby, Sapphire… and Emerald. She is literally trying to save your childhood. Could she have gone about it in a less… confrontational manner? Not likely. After all. They didn’t believe her when she first explained it, and she’s basically no one, so why should they? These weren’t the guys studying other dimensions and worlds, either. Which, by the way, brings me to…

Alas, the game hasn’t been out, long enough, for me to feel all right divulging all the information regarding its Post-Game content. So I’ll see you guys next Thursday for the conclusion to this little two-parter. And o’, what a conclusion it will be. As always, thanks for reading, guys.

Keep up the awesome, and take care
Chris V.